I was fortunate to fish the last Hobie BOS event of the inaugural season on Lake Guntersville last weekend. As always, AJ and Kevin along with Frank Stapleton ran a flawless event; showing the crowd that they are here to deliver premier events.   I didn’t finish well enough to make the TOC…but I guess there is still the BOS shootout on Oauchita coming up in November….maybe I will give it one more try….

Joy and I drove down on Thursday night and landed at our VRBO; The Angler’s Way House. It was a pretty cool place with a nice place to park the Hobie.  Y’all heading down to Guntersville, might want to consider it as a place to stay. Rudy called to make sure we had everything we needed, then texted to check on how I was doing in the tournament. Pretty cool guy, pretty cool place out on Highway 69.  Pretty convenient to most kayak tournament check-ins.

I had picked a spot to pre-fish that I had never been to on the Lake.  It had several options; deep water, road bed, rip rap, grass, docks all within a two mile stretch of water.   I launched at what would be the official launch time…and headed down the bank chunking a Zara Spook.  I found my first fish around a dock; the Publix fishing pier.  It was less than 5 minutes in and I found a fish.  Ten feet later, an 18 inch fish.  I move on…to the other side and had a monster blow up on a frog. I left the area and moved to some grass where I caught a 17 plus….and moved on….farther back while on the phone with Jay Minor…I caught three more – 14 to 16 inches.

I moved to the road bed and saw absolutely nothing, on the rip rap the same….

Later I met Jay at Guntersville Tackle and Outdoors (another place I recommend you stop at) and picked up some spare frogs.  Then picked up Joy, ran down to the Huddle House and ate a monstrous lunch/breakfast that my cardiologist would never approve of….then back to take a shower.   I probably should have checked out a few more spots, but I felt like I had a solid place…thing is, it was shocking that I found fish there.

This is the spot I fished for the better part of three days! X marks the keeper fish. Pre-fishing I caught 80 plus inches.

Day Two……day two….I pulled up to the ramp and talked with Drew Russell.  He said he would give me the space I needed because I had finished in the top ten (a cool thing that many kayakers are willing to do!!!).  I told him I wanted to hit that…..I pointed….to the corner I could see from the ramp….corner….it is five in the morning and….there was a bass boat sitting dead in the spot I had found fish….

I had a spot large enough for a Hobie, and this dude was sitting there pounding my 2000 sq foot….chock full of enough bass to make the TOC….I had found them casting blindly pre-fishing…finally doing well on Guntersville….finally doing well at all….80 plus inches….dang it, they are not going to bite…..spot.

I hoped it would reload…it did…with smaller fish.  I moved by ten, because these fish had turned off every day by then, to Honeycomb and upgraded two small fish with two slightly larger small fish…. 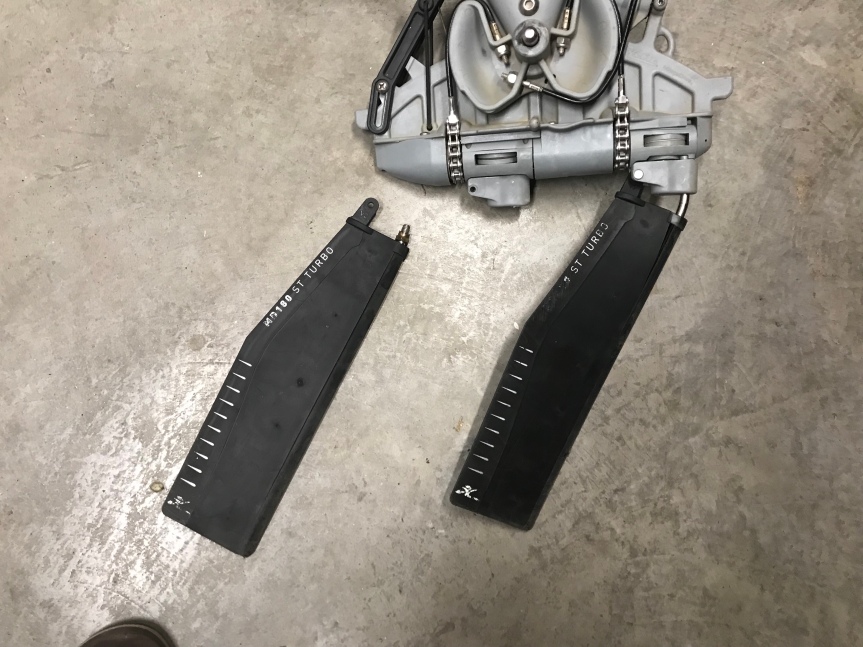 ….but the thing is…I had also destroyed my Mirage Drive by running into a rock pedaling wide open….so I was losing the battle in the wind.  I could still use the drive, but it would no longer allow me to pedal full speed into that wind so I headed to the truck….in 22nd place.

But Like I said…I had found fish on a body of water that had always beaten me terribly, I finally had a chance in a Hobie event (been struggling this year in all tournaments), and I was able to talk with old friends…make new friends…hear Randy Howell and see a bunch of Tennessee boys show out….my friend Josh recorded another win…..no complaints from me!

Thanks again to AJ, Kevin and Frank for making Guntersville an awesome event!  Thanks to the city of Guntersville for always welcoming us into your city!

#titanup
#titanup
Taking some of the Hobie fleet from Caney Fork Outdoors - River Store to the Marina Wednesday afternoon for a demo ride.
Well, here we go. Day two.
This is why.
Me at work hoping I don’t come in too late for the Hobie BOS signup for Eufala.!!!!
Loading Comments...
%d bloggers like this: