So….I know it is Thursday because I have been counting the days until I leave for Shreveport and the KBF National Championship (tomorrow!)….but for me, it is Westbrook Wednesday part Two!

Now I am not going to lie, I had no idea what a Westbrook Wednesday was until I met Scott Beutjer at Bienville; a chance meeting that left me with a new friend on a weekend that I still consider one of the greatest in my kayaking career.  We paddled and talked, and made a wrong turn…then back on course…then paddled (well I pedaled) and talked back to the ramp.  Anyway…when I got back to the hotel, I looked him up – not in a creepy Facebook stalker way – ok, maybe in a freaky Facebook stalker way; but mostly because I was curious about what a Westbrook Wednesday really was, and what it was about.

I found that Scott, just as he appeared on the water, is as passionate and in love with the sport and the community as I am!  This guy believes in the future of kayak bass tournaments and its competitors; and has found an outlet that allows him to promote that passion and build his brand while promoting others.  We have since spoken a bit, and I feel a kinship with his personality, his vision and that love and passion.

Ok, enough about my man crush!  Let’s get back to Westbrook Wednesday on Thursday for this guy!

Back up two weeks, I was in the middle of a skunkfest (still not certain that it has ended but hoping!) when I saw a giveaway on Facebook.  Post something and pick up a Ketch board….well, I had been playing with a skunk dog toy and creating some posts – I wish I could say purely for fun, but my ego was truly CRUSHED – and thought oh well, let’s tell more folks how bad my fishing adventures have become; I was contemplating buying a Ketch board before the National Championship, so why not.

Well on that episode, as with all episodes I am learning, there is a guest…it happened to be Jamie Denison, a great angler who had a phenomenal year.  But on this one, this guy (me) and his run of bad luck….displaying his skunk for all the world to see….ashamed, beaten, broken, demoralized, crushed…well, you get the picture…saw his luck turn when in a very extreme turn of events…from zero to winner…heard his name spoken on national WestbrookFacebookLive TV…

…and today…My Thursday edition of Westbrook Wednesday began as I opened the box to my one of a kind, super special, sorry to you all but it is mine; my very own Westbrook Ketch Board! 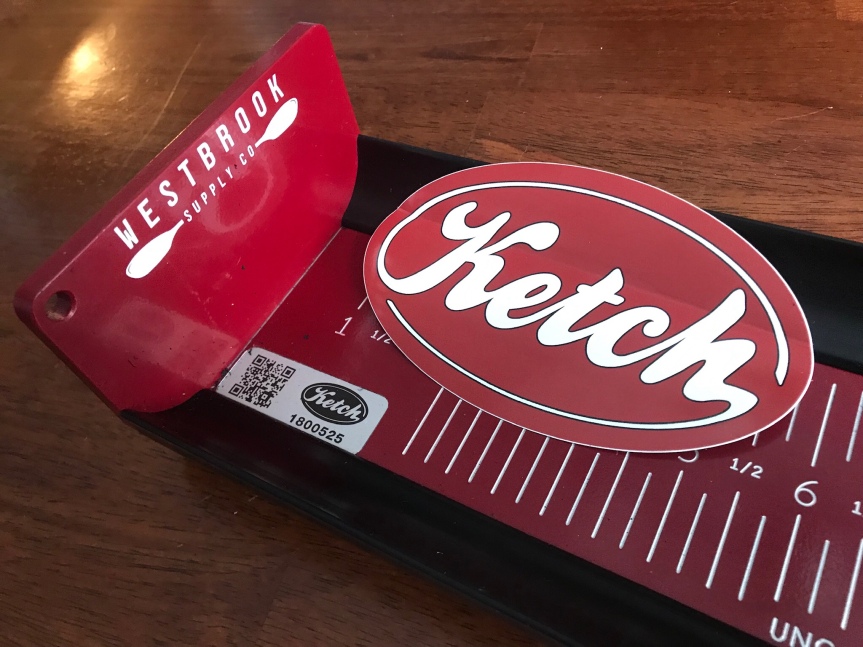 Not bragging, but after a long spell of painful losses (life in skunkville USA), I am enjoying the victory! 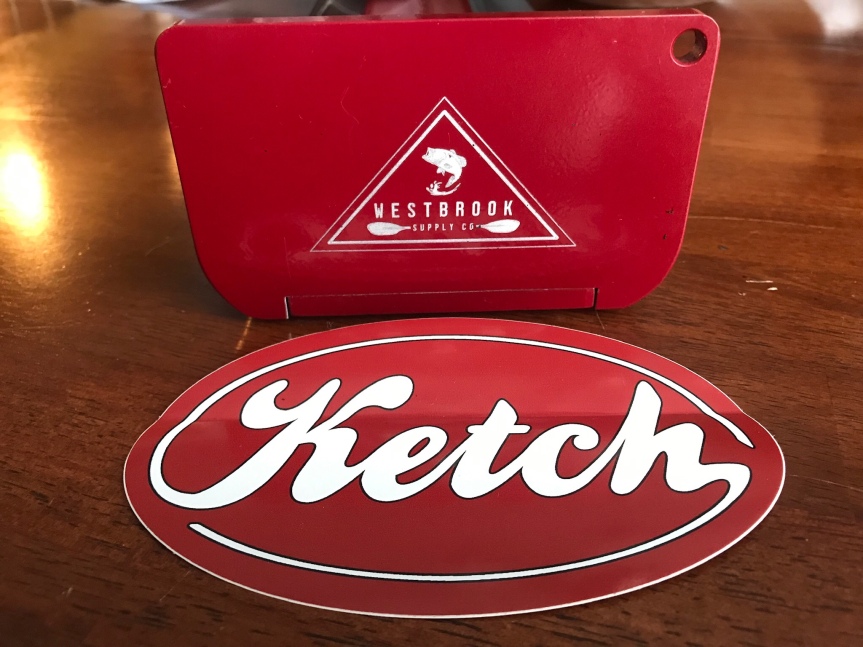 But all kidding aside, Y’all check out Westbrook Wednesday over at Westbrook Supply Company. You will hear Scott talk with some of the top anglers from our community and learn more about them and how they compete.  It will not take long to see how this guy feels about kayaking and its future as a sport; it is definitely worth a listen…or two…or more.

Oh yeah…did I say I won this on there???  One more pic for the road…..little bit of the Flukemaster came with it… 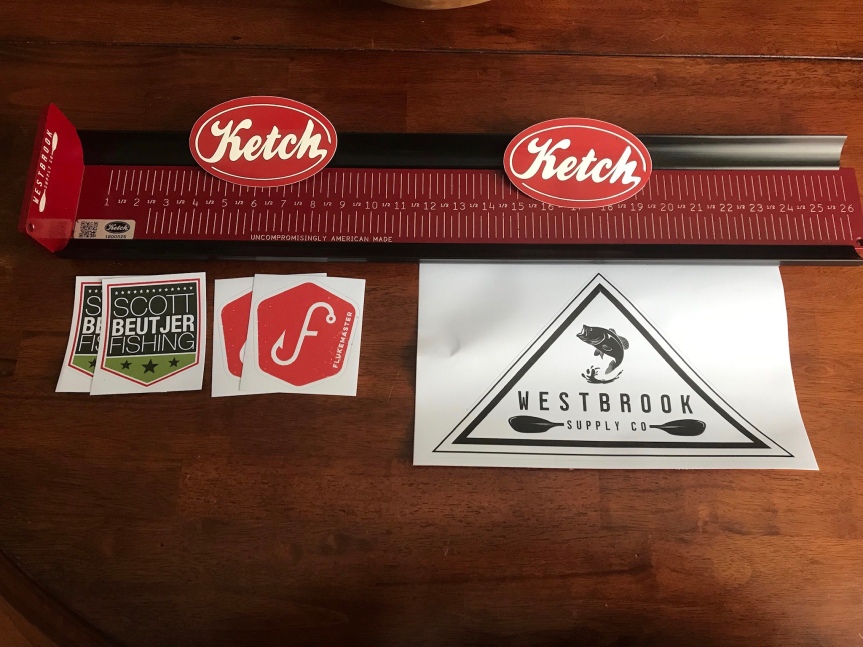 ….see a lot of y’all in Shreveport, be safe!